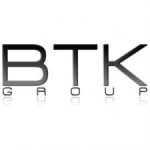 BTK Group, one of Russia’s largest producers of clothing and the sole supplier of uniforms to the Russian army, has purchased three garment and knitting factories in Russia for around RUB700m (US$20m).

One of the knitting factories is located in New Kireevka, Tula region, and specialises in hosiery products. By the end of the year it is planned that this facility will start making undergarments and helmet masks. The factory will produce more than 3m units of clothing this year, while in 2015 annual production will increase to 23m units as a result of the installation of new equipment.

For the full story, see the December 2014 edition of Textiles Eastern Europe. Not a subscriber? Sign up HERE