Buyers to take over assets of Hungarian clothing manufacturer 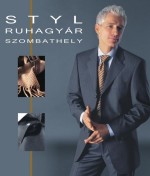 A foreign and a Hungarian strategic investor, along with the local council of Szombathely, in western Hungary, will assume ownership of the assets of clothing manufacturer Styl following its liquidation, according to the MTI news agency.

The new proprietors, which will also include some of the company’s management, declined to comment on the acquisition, but said – through liquidator Vectigalis – that they would announce their plans for the factory when they establish the company that will take it over.

Vectigalis head Márta Péter said the purchase price for the assets is HUF970m (US$3.6m). According to Péter, regional MP Csaba Hende announced in December that the state would grant HUF1.47bn (US$5.4m) in support to the local government to preserve the 600 jobs at the plant.

For the full story, see the July 2015 edition of Textiles Eastern Europe. Not a subscriber? Sign up HERE