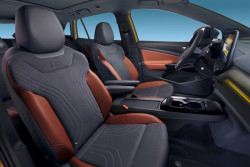 Further to the news item “Alcantara wins court battle against misleading advertising claims” published in the January edition of MobileTex, Dinamica producer Miko, which was the subject of the Italian court order, has provided some clarifications.

Miko stated that the order of the Civil Court of Gorizia was issued at the end of a “summary judgment of a precautionary nature concerning some expressions, which were considered unsuitable mostly because they were too generic".

For the full story, see the February 2022 edition of MobileTex.