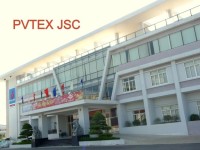 The Vietnamese Ministry of Public Security’s Investigative Agency is to prosecute five former executives of the fibre factory of the state-run PetroVietnam and a subsidiary for causing considerable economic losses.

The former executives will be charged with intentionally acting against state economic management regulations and causing serious consequences. Four of the accused have been placed in temporary detention.

The Investigative Police Agency is carrying out further investigations into the case while taking measures to retrieve state assets.

For the full story, see the July 2017 edition of Textiles South East Asia. Not a subscriber? Sign up HERE