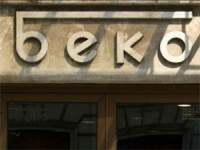 Franck Oury of Paris, France, has signed a lease agreement for the former Beko factory in Svilajnac, where preparations for the start of production have begun. The French investor has rented the facility for three years and plans to employ about 100 workers.

Owner of Kult'in Moda of Belgrade, Oury is French of Serbian origin and has been engaged in textile production for more than 40 years, currently selling products to major fashion companies, such as Cache Cache, Christine Lauren, Kiabi and Gemo.

For the full story, see the December 2013 edition of Textiles Eastern Europe. Not a subscriber? Subscribe HERE