GMAC to press for change in Cambodian union law revisions 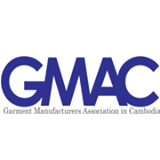 The Garment Manufacturers Association in Cambodia (GMAC) says it will push for recent revisions made on the draft trade union law to be changed.

During a meeting at the end of July, the Ministry of Labor said it had revised a number of provisions in the law, which is expected to be passed later this year.

One of the most significant changes includes lowering the minimum threshold for creating a union from 20% of a factory’s workers to 10 people.

For the full story, see the September 2015 edition of Textiles South East Asia. Not a subscriber? Sign up HERE