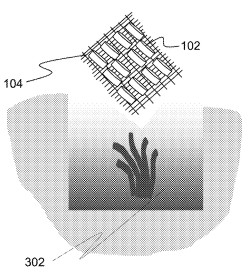 A method to effect rapid haemostatic response and control haemorrhage by introducing a haemostatic composition into a bleeding wound cavity has been developed by RevMedx.

According to the company of Wilsonville, Oregon, USA, such haemostatic dressings can be used on large soft-tissue surface wounds in the calf, thigh, buttocks or shoulder, such as those sustained on the battlefield.

For the full story, see the July 2021 edition of Medical Textiles.