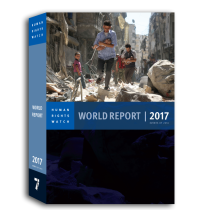 The report claims the newly-formed civilian-led National League for Democracy government has allowed the military to go unchecked, especially in terms of abuses against ethnic Rohingya, as well as other religious and ethnic minorities.

Under the constitution, the military has control of key Ministries and 25 seats in parliament, which HRW says has allowed it to throw up roadblocks to political change.

For the full story, see the February 2017 edition of Textiles South East Asia. Not a subscriber? Sign up HERE