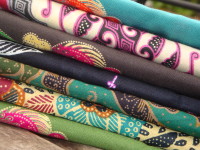 Indonesian textile exports reached US$697.5m in the first two months of this year according to Ministry of Trade statistics, and are expected to increase further in 2014 with order flowing in from US and larger orders also from the EU following the start of trade talks.

Indonesia and the EU plan to restart discussions on an economic partnership agreement after several delays. The deal is expected to triple Indonesia’s textile exports to the EU within five years. This will be significant as Indonesian textile products have lost market share in Europe in recent years, falling from 1.1% in 2007 to 0. 9% in 2013.

According to the Indonesian Textile Association (API), local textile manufacturers aim to export goods worth US$13.3bn this year, as demand from the US begins to pick up following the country’s economic recovery. The association expects moderate growth this year considering the current global economic situation.

For the full story, see the May 2014 edition of Textiles South East Asia. Not a subscriber? Sign up HERE