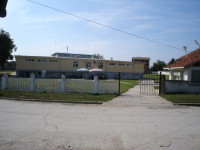 KNM Textile has opened a new knitwear and clothing plant Pleven, Bulgaria, on part of unused buildings of the former state knitting factory Sanya. The modern facility, which provides 80 new jobs in manufacturing and eight in administration, comprises a production unit with a total area of more than 3,000 m2 and a storage area of almost 1,000 m2.

The partners of KNM Textile, Manuel Agudo of Spain and Gregoire Yildirim of France, have invested €2.1m (US$2.4m) in the project, which has also been funded by Societe Generale Expressbank and the Regional Urban Development Fund under the JESSICA European initiative for sustainable urban development.

For the full story, see the June 2016 edition of Textiles Eastern Europe. Not a subscriber? Sign up HERE