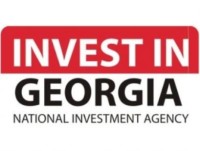 According to the Georgian National Investment Agency, the country offers, competitive labour costs, a skilled workforce and customised training, a free trade agreement with Turkey and the CIS countries, a deep and comprehensive free trade agreement with the EU, low production costs and good transportation links with the CIS countries, Europe and Asia.

For the full story, see the October 2016 edition of Textiles Eastern Europe. Not a subscriber? Sign up HERE