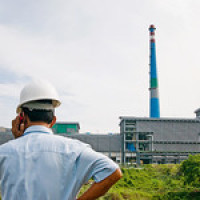 Austria-based Lenzing is reported to be exploring investment opportunities in Indonesia. The company could produce Tencel for spun yarn and nonwovens in the country at its South Pacific Viscose (SPV) subsidiary.

Lenzing is considering expansion in Indonesia, probably by adding capacity of 300,000 tonnes a year of special fibres and staple fibres with new technology that are not produced in Indonesia, according to Industry Minister Airlangga Hartarto after meeting with Lenzing global strategy officer Christian Dressler and Kumar Ramalingam of SPV in Jakarta.

For the full story, see the April 2017 edition of Textiles South East Asia. Not a subscriber? Sign up HERE