‘Made in Europe’ label tied to clothing production in European sweatshops 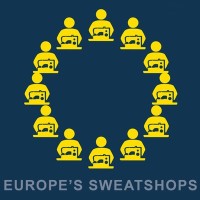 A new report published by the Clean Clothes Campaign – Europe’s Sweatshops – documents endemic poverty wages and other stark working conditions in the clothing and footwear industry throughout Eastern and South Eastern Europe.

Despite working overtime, many workers in Ukraine, for example, make just €89 (US$103) a month, where a living wage would have to be five times that much.

Among customers of the factories are fashion brands such as Benetton, Esprit, Geox, Triumph and Vero Moda.

For global fashion brands, the countries in Eastern and South Eastern Europe are a low-wage paradise, said Clean Clothes Campaign.

For the full story, see the December 2017 edition of Textiles Eastern Europe. Not a subscriber? Sign up HERE