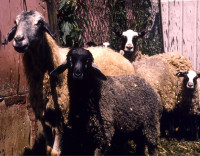 Russia plans to significantly increase production of wool this year, despite the current problems in the industry and low demand for its products.

Since the beginning of 2000, annual wool production in Russia has increased from 40,000 tonnes to 55,000 tonnes, while the number of sheep now exceeds 22m, as well as more than 2m goats.

In addition to the southern regions, in recent years the production of sheep and goats has significantly increased in central Russia, in particular Yaroslavl, and even in the north, in Arkhangelsk.

For the full story, see the September 2013 edition of Textiles Eastern Europe. Not a subscriber? Subscribe HERE