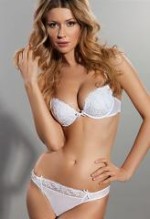 Russian lingerie manufacturer RozTeh has announced plans to invest up to US$20m to increase production by 150%.

According to Elena Smorodina, head of the company, the project involves the expansion of capacities in Roslavl, Smolensk region. It is planned that the majority of funds will come from the company’s own resources, with the remainder provided by the Russian government’s Industrial Development Fund.

For the full story, see the December 2016 edition of Textiles Eastern Europe. Not a subscriber? Sign up HERE