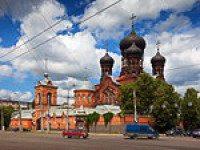 Following Russia’s much publicised destruction of contraband European cheese and other foods, local textile companies have decided to take advantage of the nationalist mood, according to Silk Road Reporters.

The Association of Textile Companies of Russia has written to President Vladimir Putin asking him to also order the destruction of all imported clothing from certain foreign countries, in particular, textiles imported from Europe and the US. Many analysts, however, say they have trouble seeing the government follow through this proposal.

For the full story, see the October 2015 edition of Textiles Eastern Europe. Not a subscriber? Sign up HERE