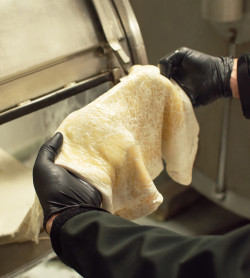 Biomaterials company Polybion has announced that its bacterial cellulose facility – claimed to be the world’s first – is scaling up production and also the successful closing of its Series A financing round led by Zürich, Switzerland-based Blue Horizon.

At maximum capacity, Polybion’s solar-powered, industrial-scale bacterial cellulose manufacturing facility will produce 100,000 m2 per year of its proprietary biotextile Celium that could find application in vehicles as a leather substitute.

For the full story, see the April 2022 edition of MobileTex.