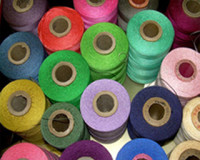 Lealea Enterprise, one of the largest polyester filament yarn and chip makers in Taiwan, is to acquire Taroko’s production facility in Bandung, Indonesia.

Taroko will be the first overseas manufacturing facility for Lealea, which plans to begin production in the second half of 2017.

Under the memorandum of understanding signed by the two companies, Lealea will spend up to US$50m to acquire Taroko’s textile production facilities in Bandung, the third largest city in Indonesia.

Taroko is a joint venture between Taipei-based Taroko Textile and Nan Ya Plastics, one of the main subsidiaries of the Formosa Plastics Group.

While Taroko Textile wants to diversify its interests beyond the textile sector, Nan Ya does not want to continue its investment, Taiwanese media reports said.

For the full story, see the March 2017 edition of Textiles South East Asia. Not a subscriber? Sign up HERE