Under Armour plans expansion in Russia 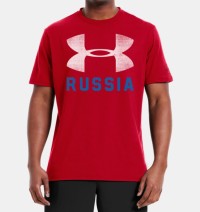 Under Armour, one of the largest US producers of sports clothing, is expanding into the Russian market by opening its first stores in the country. Initially, these will be run as franchises, although it may consider direct management of local stores.

The company has already registered Under Armour Russia as a subsidiary. It is understood that its first store will open in Moscow soon.

For the full story, see the April 2017 edition of Textiles Eastern Europe. Not a subscriber? Sign up HERE