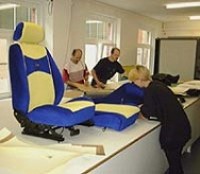 A dispute between Volkswagen (VW) and two of its parts suppliers has ended after weeks of disruption.

The company had earlier been forced to suspend production at six of its German plants in a bitter stand-off with suppliers that could cost the automaker €100m.

The dispute came at a sensitive time for the carmaker, which is trying to recover from last year’s “Dieselgate” diesel emissions scandal, which saw the company record a record net loss of €1.6bn in 2015.

From the first week of August, VW had halted production of its Golf and Passat models at six factories across Germany, including its Wolfsburg headquarters, and drastically cut hours for almost 28,000 workers.

The carmaker was forced into the measures after two of its suppliers – seat cover maker Car Trim and gearbox component manufacturer ES Automobilguss – took the unprecedented step of refusing to deliver parts mid-production.

For the full story, see the September 2016 edition of MobileTex. Not a subscriber? Sign up HERE