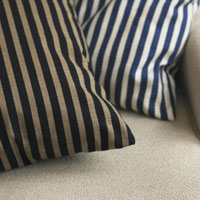 Estonian home textile producer Wendre has become the sole owner of a sewing factory in Wuxi, China, that has been closed for a year and was producing pillow cases for the company.

The factory previously belonged to Wendre’s holding company Trading House Scandinavia and its local partners. The facility employs 50 people although its volumes are small compared with Wendre’s other production units in Estonia and Poland.

For the full story, see the October 2012 edition of Textiles Eastern Europe. Not a subscriber? Subscribe HERE